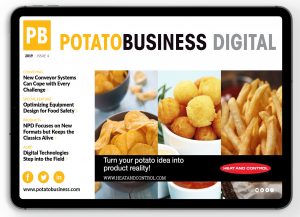 Starch Europe Disappointed by Expansion of Anti-dumping Duties in China

The association of the European potato starch producers Starch Europe regrets the decision of the Chinese Minister of Commerce (MOFCOM), to maintain the anti-dumping duties on potato starch, saying it is not supported by facts and figures.

“Starch Europe calls on the authorities to discontinue these duties and to fully investigate why, in spite of substantial protection in place for more than 10 years, the Chinese potato starch industry remains in a state of “fragility and vulnerability”,” Starch Europe says in a press release.

On February 19, the MOFCOM published its final decision issued on February 2, to extend for another 5 years the anti-dumping duties ranging from 12,6% to 56,7% on exports of EU potato starch to China, the European producers explain. These duties have been applied since August 2006. The anti-dumping duties come on top of the anti-subsidy duties ranging from 7.5% to 12,4% also applied on EU export of potato starch to China, that were also extended for another 5 years from September 15, 2017.

The initial case was launched in 2006. On the basis of the complaint issued further to the launch of the expiry review on February 5, 2018, Starch Europe registered as an interested party to represent the sector and opposed the continuation of the anti-dumping duties arguing that allegations are not substantiated by facts Starch Europe is disappointed and regrets the decision of the MOFCOM.