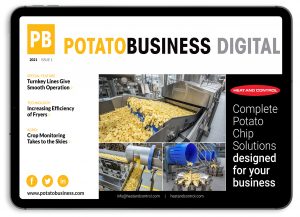 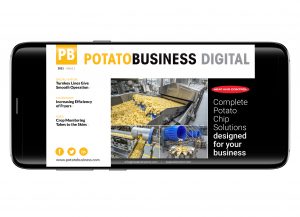 P.E.I. potato growers now have a new pesticide to use to help fight a costly pest called wireworm. In October 2020, the Pest Management Regulatory Agency approved the registration of broflanilide, the active ingredient in two new insecticides. One targets wireworm in cereal crops, such as wheat; the other does the same thing in potato and corn crops.

“I think it will be a game changer for a lot of producers that have been without a very effective, easy-to-use insecticide for quite some time,” said Ryan Barrett, research and agronomy co-ordinator with the P.E.I. Potato Board.

“We have some insecticides available that do an okay job. But this new insecticide, broflanilide, appears to actually kill wireworm rather than just stunning them.”

Barrett said wireworm has been a costly problem for the potato industry on Prince Edward Island over the years.

“It’s probably one of the largest yield-robbing diseases or pests that potato producers deal with here in P.E.I.,” he said. “It’s particularly bad in the fresh-market industry, as a table-stock potato that has a lot of wormholes on it just becomes unmarketable. So for a lot of those varieties and a lot of growers growing for those markets, it’s a huge yield robber.”

Barrett said wireworm can also be an issue with a potato destined for processing as a French fry or potato chip as well. “I think we had previously estimated that wireworm damage in P.E.I. potatoes was costing over USD5m a year in damage, plus the cost of insecticides, plus the cost of growing some of these different crops. So we are talking about big-dollar figures here,” Barrett said.

In 2018, the total cost was estimated at USD10m, including the control measures.

“So, yes, it will cost something to put the insecticide on the crop, but I think in terms of what it will do, the damage that it will prevent, hopefully, will be significant.”

Until now, Barrett said P.E.I. potato growers have been using other insecticides to fight wireworm, but also changing how they do their tillage and crop rotation.

They have been adding crops such as brown mustard or buckwheat, which have been shown to reduce some of the damage from wireworm in later plantings in the same field.

Barrett said it was important that research on the new product was done here on P.E.I. because the wireworm found on the Island is an invasive species from Europe, and not the dominant species in most of the rest of North America.

“There are insecticides that work in Saskatchewan or work in Alberta on their wireworms, but don’t work here,” Barrett said. “So it’s very important to have research done locally on our species of wireworm, and when they showed that it actually works on what we have here in Prince Edward Island, that was huge.”

Health Canada’s documentation about the new pesticide ingredient states that “Broflanilide is persistent in soil, but is not expected to move through the soil and reach groundwater because it binds strongly to the soil surface. In water bodies, broflanilide will move to sediments where it may remain over time. When used according to the label directions, broflanilide poses acceptable risk to wild mammals, birds, beneficial insects, earthworms, terrestrial and aquatic plants, fish, or amphibians.” 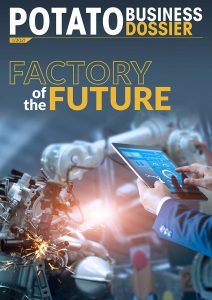