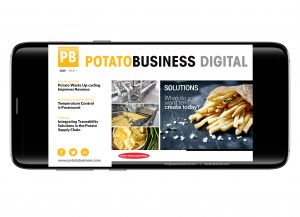 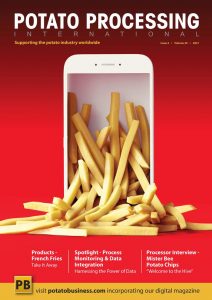 US: Potato Stocks, Processor Demand, Down as of June 1

Idaho leads the U.S. in potato production, followed by Washington, while Oregon is a consistent top-10 producer. Production in the past year increased by 2% in Washington, and fell in Idaho and Oregon by 8% and 7%, respectively.

Processors in the eight major potato-processing states used 1% less volume, including drops of 2% in Idaho and Malheur County, Ore., and 0.3% in Washington and other Oregon counties. The share of dehydrated products in the eight-state total fell by about 12%.

He said potatoes have been moving recently, including many to food banks and for cattle feed.

“Just in the last week, there seems to be an uptick in the demand for potatoes for frozen processing, which is the vast majority of our market here in the Columbia Basin,” Lathim said. “So we are more optimistic that we will be able to utilize the remaining storage crop from 2019 in a somewhat timely manner, and move on and focus on the new-crop harvest of 2020.”

He added that 85% of the basin’s frozen potatoes go to the foodservice segment, in which demand was reduced greatly by COVID-19 closures of restaurants, bars and sporting events.

Moreover, much of the region’s exports go to Pacific Rim countries where restaurants did not switch to take-out. Demand for processed potatoes “is starting to come back,” Lathim said.